A number of offshore funds have collapsed with big capital losses for investors over the years. In these cases, there is action that you may be able to take, if the funds have been bought through advisers in the UK.

If the adviser has gone bankrupt, or is no longer trading, you can turn to the Financial Services Compensation Scheme (FSCS) provided the adviser is in default, which means he or she cannot pay the compensation you are seeking.

The FSCS can only award compensation of up to £50,000 for funds that have collapsed. The FSCS says most offshore products are not covered by the FSCS, as the providers are unlikely to be FCA authorised. Lawyers, however, say you can turn to the FSCS, if the financial adviser providing advice on offshore products was authorised by the FCA and is based within the European Economic Area. This is the case if you claim that the financial adviser's recommendation to purchase the offshore product constituted bad advice.

Other criteria must also be met, such as the bad advice must have been given after 28 August 1988, which is when investment advice first became protected by the compensation scheme.

Where advisers are still trading, investors have two options. The first is to take legal action against the advisers. You can seek redress from the adviser on the basis you were given negligent advice. For example, if the adviser told you that a product was low risk, but it was in fact a high risk investment, then you might have a claim for negligence.

There is a time limit, however, by which you must begin legal action in the courts for negligent advice. The primary limitation period is that a negligence claim must be made within six years of the loss being suffered as a result of bad advice in the UK. Where you did not appreciate that you suffered a loss within the six-year period, this can be extended by three years from the date you knew, or should have known, that you had suffered an irrecoverable loss. Any action must begin within 15 years of the negligent advice. Thus anyone making a claim in 2016 must have been advised since 2001. However, in the realms of limitation there are many complex issues to consider. For example, there might be arguments as to when exactly a loss is suffered for limitation purposes. There is great deal of case law on this issue, so again it is sensible to seek advice, if you are unsure.

The other option is to turn to the Financial Ombudsman Service. Again this route is open to investors who have been advised to buy products by advisers who are regulated by the FCA. The Ombudsman, however, can award compensation of up to £150,000, where the adviser is still trading.

If the Ombudsman believes there has been mis-selling, it can make an award for compensation from offshore products. Where investors have suffered large losses (i.e. exceeding £150,000), the Ombudsman can recommend that the relevant adviser(s) pay an additional amount. Alternatively, it can be useful to claim the first £150,000 via the Ombudsman before going to court.

The compensation scheme and the Ombudsman only provide cover for authorised firms giving regulated advice. Where firms fall outside these criteria, the only recourse might be via bringing a claim of negligence or breach of contract in the courts.

You can also benefit from compensation in some offshore centres, although the amounts tend to be limited. For example, the advantage of buying a FCA recognised fund is that in the Channel Islands UK investors are protected by investor compensation schemes.

Offshore insurance policies taken out by UK residents since 1 December 2001 are covered by the FSCS. The FSCS was established under the Financial Services and Market Act 2000 and complies with the rules laid out by the FCA. Policies that were sold before 1 December 2001 are subject to the rules of the UK's Policyholder Protection Act 1975, which do not cover offshore bonds.

This means that investors in offshore bonds have the same level of protection as holders of onshore bonds, if the insurance company is based in the European Economic Area, the Isle of Man or the Channel Islands and is unable, or is likely to be unable, to meet claims against it from policyholders, such as if it goes bankrupt. In such a situation, the FSCS will pay 90 percent of the claim.

Under the investor protection scheme for offshore bonds, the Isle of Man scheme pays up to 90 percent of the liabilities for individual policies. This applies to investors based all round the world. It is funded through an annual levy on Isle of Man insurers in case of another insurer going bankrupt.

The Isle of Man strengthened its investor protection legislation with the implementation of the Financial Supervision Act in 1988 and again in 1991 when the Deposit Protection Scheme was introduced. Under the Deposit Protection Scheme, investors are given compensation of 100 percent of their deposit up to a maximum of £50,000 (with surplus payments potentially made for deposits exceeding this figure), which covers foreign currencies as well as sterling. 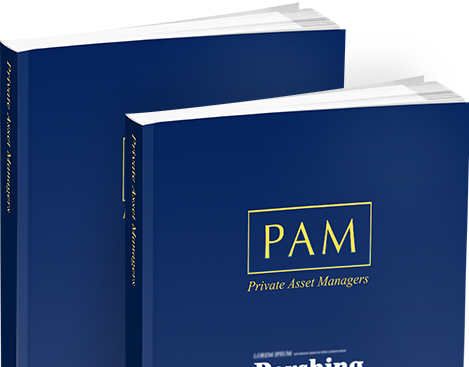